All wars are miscalculated

If Balakot marked a new “red line” in India’s readiness to use the Air Force for deep penetration into Pakistani territory, as also by way of “pre-emptive” action against terrorist camps, Pakistan’s limited air retaliation on our military installations across the Line of Control and its release of the Indian wing commander within days of his capture demonstrate an understanding of the limits of escalation. Prime Minister Imran Khan referred to escalation sparking the two World Wars. In this context, it is worth looking back into the origins of these wars to test Khan’s thesis.

On June 28, 1914, Archduke Franz Ferdinand, heir to the Austro-Hungarian throne, and his wife Sophie, were gunned down by a Serbian terrorist, Gavrilo Princip, in Sarajevo, capital of Bosnia, to protest the annexation of Bosnia by Austria. Princip was one of some six terrorists trained and financed for the assassination, by an early twentieth century Serbian equivalent of the Jaish-e-Mohammad, known as the Black Hand—a non-state actor with links to the Serbian version of the ISI, Narodna Odbrana. Historical records paint the Serbian prime minister, Nikola Pašić, as innocent of what the Black Hand and their rogue counterparts in Serbia’s ISI were up to, just as Imran Khan claims similar innocence. 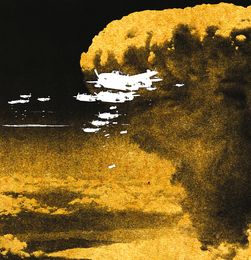 Vienna scoffed at these protestations that the Serbian government had nothing to do with the attack in Sarajevo (sounds familiar?) The Austrians, however, “found no proof; none was ever found”. Yet, within a week of the assassination, the Germans formally advised the Austrian government to take a strong line against the Serbs, assuring the Austrians that even if the Russians were to come to the aid of Serbia, Berlin would stand with Vienna. “This,” says the renowned British historian A.J.P. Taylor, “was not a decision for war. Threats had brought prestige and peaceful success in the past: the Germans assumed the same would happen again.”

The Serbs appointed an internal enquiry of its own, but the Austrians demanded that they be represented on the enquiry commission. The Serbs refused, at which the Austrians served them a ten-point ultimatum couched in such strong language that Winston Churchill described it as “the most insolent document of its kind ever devised”. Yet, the Serbs agreed to almost all the demands, but categorically rejected the demand for Austrian “supervision and verification” of the investigation, and, participation in the prosecution of accused Serbians.

On July 24-25, the Czarist regime in Moscow confirmed that they would mobilise in support of the Serbs. The same evening, Pašić personally handed over to the Austrian representative in Belgrade the Serbian reply to the ultimatum. On July 28, Austria declared war on Serbia. Belgrade was bombed on July 30. Austrian troops crossed the Serbian border next day. With the Russians coming in, followed by the French and backed by the British, there was nothing to stop the commencement of the first World War. In fact, no one had anticipated that in the next few days the world would find itself embarked on war for the next quarter century over a quarrel in a small Balkan country. “Appalled upon the brink, the chiefs of state attempted to back away, but the pull of military schedules dragged them forward” (Barbara W. Tuchman, The Guns of August, p.72) till, before the killing ended in 1945, an estimated 70 million combatants and civilians had died a horrible death.

There remains “pre-emptive action”. Bismarck, the first chancellor of Germany, said: “Preventive war is like committing suicide for fear of death.” Now, with nuclear bombs, no one will be left to tell how or why humankind committed suicide.