The question that increasingly concerns the ever-widening circle of voters who believe we are on the brink of witnessing the end of the Narendra Modi regime is: “Will the next government last? Will it be able to complete its term?”

Of even greater concern is the question that even if Modi is defeated but the government that replaces his collapses, will the election that follows return a second Modi regime which will be without a viable alternative? 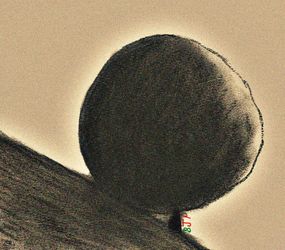 These are serious questions that deserve consideration. The precedents are not encouraging. The Morarji-combine lasted just two years and a few months. The Charan Singh dispensation could not even face Parliament and went in six months to be replaced by a massive majority for Indira Gandhi, followed by the largest majority ever for Rajiv Gandhi. The next coalition, V.P. Singh’s, lasted a mere 11 months. Chandra Shekhar’s was even more short-lived—four months before he lost his majority and elections were called; six before he formally submitted his resignation. H.D. Deve Gowda survived under a year; I.K. Gujral, who succeeded him, a bare 11 months. In between, Vajpayee-I expired in 13 days, and Vajpayee-II in just 13 months. It is this pathetic history of coalitions that the Modi camp will be most relying on to counter the reverses that confront them.

Yet, that is not the end of the story. There is another narrative that is worth deliberating on. It begins with P.V. Narasimha Rao who ran a minority government with outside support for a full five-year term (1991-1996). Then, there was the Vajpayee-III government, lasting the full course when he himself brought forward the election by six months. That he lost the election does not disprove that for the better part of five years he managed about a dozen partners and gave the nation the very doctrine of the “coalition dharma”.

The consummate ease and skill with which Sonia Gandhi kept the ship of state on an even keel is an exemplar of the “coalition dharma”. At no time in all of a decade did it look as if the UPA government would keel over—not even when the CPI(M) withdrew its outside support. Not only that. Whereas the Vajpayee establishment lost the subsequent elections, Sonia’s UPA went on to win a second term, the Congress securing 206 seats against its earlier score of a mere 140. It was the disintegration of the alliance that plunged the Congress and its partners into the uttermost defeat at the end of ten years.

The process of alliance formation is now in full play. Differences are being reconciled, wrinkles ironed out. Whether there is a UPA-led government or a front of fronts is yet to be seen, but virtually every poll is testifying to the end of Modi’s days as prime minister.

What does all this add up to? That there is nothing inherently unstable about coalitions. It depends on the intensity of the motivation that brings them together, the skill with which they are managed, the esprit de corps that inspires them, and their success in enthusing the people to hold that the government they floated works. Above all, it depends on the cohesion of the leadership.

For ten long years, Sonia Gandhi and Manmohan Singh showed what it takes to keep partners happy while ensuring a collectivity of palpable results. To repeat the achievement of 2004-2014 should not be difficult. All it would take is for the next generation to listen to the mentorship of the UPA chairperson and prime minister till they grow in self-confidence to swim out into deeper waters on their own.