The roads not taken

I was an undergraduate at Cambridge when Charles de Gaulle of France avenged himself on Britain for Winston Churchill’s maltreatment of him when the “free French” had taken refuge in London after the disgraceful fall of France to the Germans in May-June 1940. De Gaulle vetoed the UK’s attempt to join what was then known as the European Common Market and now as the European Union (EU).

The Brits were infuriated at this insult to their amour propre (self-respect). But, they had only themselves to blame. Had they agreed to join the negotiations leading to the 1957 Treaty of Rome, no one—not even de Gaulle, who was then struggling to regain his political position—would have been able to stop the UK from becoming a founder-member of this historic attempt at bringing together Europe. 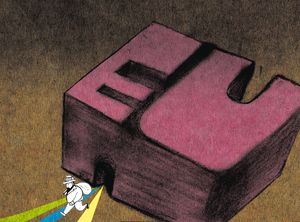 The reasons for Britain missing the bus were many and deep. For one thing, Britain had never regarded itself as “European”, distancing itself from the internecine battles on the continent as far as it could, and for as long as it could. Being a worldwide imperial power, it never saw itself as a mere European power. Ironically, although it was the Suez crisis of 1956 that signalled the “end of empire”, the ageing Edwardians of the Anthony Eden government were victims of their fading past and did not see the writing on the wall.

As an undergraduate, my first reaction to the French veto was to urge my colleagues at the Cambridge Union—many of whom were destined to become top ministers in the Margaret Thatcher-John Major governments—that instead of looking to their future in a strange and distant Europe, they should look to a revamped Commonwealth. Commonwealth was then the world’s largest trading block. True, the sun had set on their empire, but a revamped Commonwealth under a post-imperial generation could, I argued, blossom into a multi-racial club of equals stretching from Fiji to the West Indies, and taking in the world’s second most populous country, India, and the second largest continent, Africa.

I also had India-specific concerns. Commonwealth preferences had opened vast areas of the world to our trade. The European Common Market would shut us out, closing the remunerative UK market without opening Europe to our goods. My article in a leading undergraduate magazine was titled by the editors, ‘Reading the Tea Leaves’.

But, no one was listening. De Gaulle’s very act of blackballing the arrogant Brits only caused them to long even more to be admitted to an exclusive club they had hitherto shunned. So, they made one more bid in 1967. De Gaulle was at his outstanding best. He scheduled a press conference at the Elysee Palace where every TV channel waited with bated breath for him to announce his endorsement of the UK’s second bid. De Gaulle marched up to the bank of cameras and barked into the cameras, “non [no]” before marching off the set. He also sent packing SHAPE (Supreme Headquarters of the Allied Powers in Europe) from Versailles to Mons in Belgium. His explanation was all ingenuous innocence: “Why are they so upset? For all I have said is that Britain is an island and America is not in Europe!”

The UK eventually got in after de Gaulle had gone; then demanded a “renegotiation”. And, now, 40 years later, is seeking a Brexit. When it goes it will be on its own, for Commonwealth preferences have long been superseded by United Nations Conference on Trade and Development’s General System of Preferences, and our exports to the continent exceed our exports to England.

The French call the English “perfidious Albion”. It is.