I am amazed at Prime Minister Narendra Modi’s gall. At an event in Mumbai on December 18, he announced, as if it was his own bright idea, that his government intended to bring 99 per cent of “all things” within the sub-18 per cent slab of GST.

Wisdom is welcome even when it dawns absurdly late. I was one of three Congress MPs who served on the Rajya Sabha select committee on the proposed Constitution amendment for GST in 2015-16. Our first and consistent demand was that the bill to introduce GST should itself provide for a maximum of 18 per cent “as a reasonable, moderate, adequately revenue-generating GST rate”, as we stated in our Note of Dissent, annexed to the select committee’s report. The government—from Modi down to Jaitley to finance secretary, who has now been elevated from his obeisance as a civil servant to the supposedly “independent” high post of RBI governor—remained adamant about not tying itself down to any particular ceiling, repeatedly rejecting our proposal. 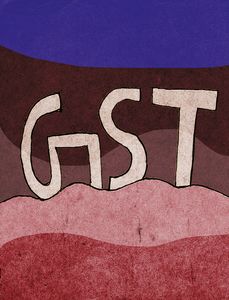 What they refused to countenance before the GST constitution amendment was brought to a final vote in the Rajya Sabha, is now being touted as a great innovative thought on the part of the maximum leader.

Our presentation in the select committee began with the plea that the GST must be “simple and comprehensive”. We reiterated this in our Note of Dissent when Modi’s team refused to accept a “simple” or “comprehensive” tax. Instead, they made it so complicated in the later legislation with so many slabs, so arbitrarily devised, that they have spent the better part of two years untangling themselves from their self-wrought coils. Now, as defeat in 2019 stares him in the face, Modi, suddenly, discovers that his government’s hitherto hidden agenda had always been to make GST “simple”.

As for “comprehensive”, we insisted in the committee and then recorded in our Note of Dissent that, as “the fundamental aim of GST is to establish a common market for the whole country”, we would like the amendment to pledge whoever would be in government five years hence to include by then all excluded products such as highly revenue-generating “tobacco and tobacco products, alcohol for human consumption, and electricity supply and consumption”. Such a provision had already been proposed in the draft Constitution amendment for petroleum products. Our suggestion was that this provision be extended to cover all “excluded” products so that GST becomes both “comprehensive” and adequately revenue-generating. We further recognised that in the case of harmful tobacco products and alcoholic drinks, the 18 per cent ceiling suggested by us would have to be breached to provide for a much higher “sin tax” to discourage consumption.

It was precisely because high revenue-generating items were left out of GST that extraordinarily high rates of taxation on a wide range of final, intermediate and consumption goods were initially imposed. And then, after an outcry from businesses, big and small, and the wider public, it was toned down, once the Modi establishment learned a little economics and a larger dose of politics.

This is also why rates were repeatedly revised, leading to massive confusion in the business community as a whole, which then contributed to depriving the economy of the expected growth benefits of GST, following the sheer lunacy of demonetisation. Nobody any longer, not even the RSS in its heart of hearts, believes that Modi’s much-promised “achche din” has arrived. Instead, what we have is, sabka saath, sabka vinaash.