Since 1991, September 28 has been observed by the toiling people of Chhattisgarh as the shahadat diwas (day of martyrdom) of Shankar Guha Niyogi, the legendary labour leader of the region. Niyogi was killed―shot in his sleep―at the height of the movement of unorganised workers in privately owned industry around the industrial town of Bhilai in central Chhattisgarh. It is widely believed that the industrialists in whose backyards he and his associates were organising workers for basic rights were behind this murder.

Every year since 1991, there have been rallies and gatherings of workers and others in towns and cities like Raipur, Durg, Bhilai and Dalli Rajhara, where Niyogi first shot into fame as a labour leader in the 1970s and 1980s. People have come together to pay homage to Niyogi’s memory, as well as express solidarity for any ongoing struggles of workers within or outside Chhattisgarh. Although Niyogi’s position was often antagonistic to the state when he was alive, his legacy has been recognised as part of the people's history of Chhattisgarh over time. He attained iconic status particularly since the creation of the new state of Chhattisgarh, and several public institutions have been named after him around the areas he had worked in.

However, what happened this year at the state capital, Raipur, was completely bizarre, and in many ways, symptomatic of the changes that have taken place in Chhattisgarh since the time of economic liberalisation. This year, one of the groups observing September 28 under the aegis of Chhattisgarh Mukti Morcha, Niyogi’s organisation, wished to mark the day, and put in the required application for holding a rally and finding a space for a public meeting. Although the application was filed a month prior to the event, permission was refused for either possibility, with three days to go for the event.

The reason for the refusal was as strange as the refusal itself. On September 28, the central area of the capital was completely barricaded and closed to ordinary people because of the filming of a mega episode of the popular TV serial Kaun Banega Crorepati at the newly completed indoor stadium. Not only did a major Bollywood star anchor descend on the city for the event along with a huge entourage of camp followers, but also the entire political, administrative and law and order machinery of the state was totally engrossed in this enterprise. 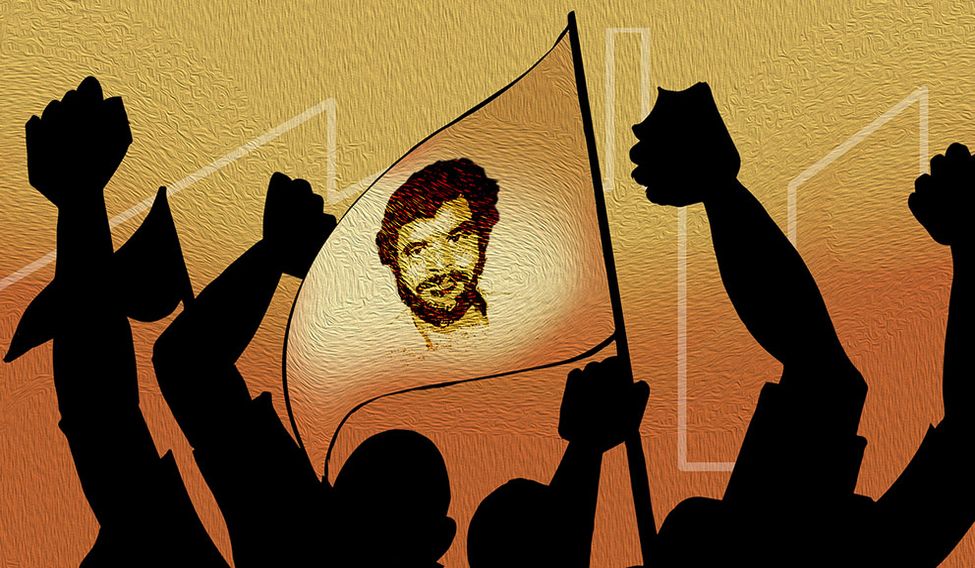 It is another matter that the use of the indoor games stadium for non-sporting events has been controversial, that it has been consistently opposed by sports bodies and pushed by officials of the city corporation as a fund-raising option. It is perhaps also an unrelated side story that the filming left the flooring of the indoor stadium damaged, and that the Mumbai-based organisers left the city without paying either the stipulated rental or amount due for the damage caused.

What is completely mind-boggling is that Niyogi’s Chhattisgarh has changed and become totally unrecognisable. Niyogi worked alongside toiling mine and factory workers to give them a sense of dignity and control over their destiny. The idea of Chhattisgarh, as a physical and social space for the people of the region, was central to his thinking. Today, the rulers of the proud state of Chhattisgarh prefer to forget his legacy and dance to the dream of becoming rich in the new millennium.