Ex-King flees to unknown land”. This time-warp headline takes us to medieval eras when monarchs fled their kingdoms, pursued by rebels, coup leaders, murderous kin or invading conquerors. But, this happens in 2020, involving the former King of Spain, Juan Carlos, 82. The unknown land he fled to is Abu Dhabi, where he is reportedly luxuriating in a $13,000 a night “paparazzi-free” hotel, with his loyal lover of 40 years.

One palace writer claims Queen Sofia has not shared her bedroom with Carlos since 1976, when she caught him cheating. Another claimed this King Don Juan had 5,000 mistresses—another time-warp reminding us of Emperor Akbar and his harem of 5,000 concubines. 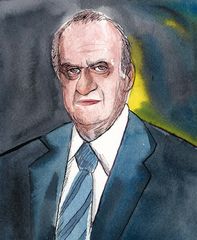 It is not companionship or carnal liaisons but a corruption scandal that drove Carlos out of his homeland. He is accused of siphoning tens of millions of dollars from a secret offshore fund linked to Saudi Arabia. Spain’s supreme court prosecutor is investigating whether the former king received bribes for a $11 billion contract awarded to a Spanish consortium for constructing a high-speed rail linking Saudi holy cities, Mecca and Medina. Spanish and Swiss authorities are investigating whether the rail contract is connected to a reported $100 million “gift” that the late Saudi King Abdullah gave to a foundation associated with Carlos.

In 2014, public dissatisfaction spurred Carlos to abdicate in favour of his son Felipe—after a 38-year reign. Serving Spanish monarchs are immune to prosecution, but not necessarily ex-kings. Critics wonder whether Carlos fled to avoid conviction, a fate that befell his son-in-law, Inaki Urdangarin. A retired handball player, Urdangarin is currently serving a six-year jail term for embezzling $7 billion in public funds.

Scandal has pursued the former king from the time he was a young prince. As a teenager, he killed his brother in a shooting accident. In 2006, there was a furore over allegations that he had shot dead a drunken bear after enticing it with vodka-infused honey. Most devastating was his secret, “tone deaf” extravagant hunting holiday in 2012. While Spain reeled under unemployment and austerity induced by the financial crisis, Carlos spent tens of thousands of dollars killing elephants and African buffalos in Botswana.

One former lover said Carlos financed his lavish lifestyle with “suitcases of cash” brought back from trips to Arab nations. The holiday became public only when he fractured his hip in a fall and had to be evacuated back to Madrid in a special aircraft. His 13-year-old grandson had to be hospitalised after he shot himself in the foot. People were aghast that the boy was allowed to use such lethal weapons, given the family’s deadly history with firearms.

Despite his flaws and foibles, the former king has a place in people’s hearts and in Spain’s history. After dictator General Francisco Franco’s death in 1975, King Carlos’s support enabled Spain’s bloodless transition from fascism to democracy. For Spain, stability is paramount then as now with regions like Catalonia demanding to break free. But Carlos is now a polarising figure. Younger generations see less justification for a luxury-loving monarchy, kept afloat with taxpayers’ money. In pandemic-ravaged Spain, people are losing patience with royal misconduct. King Felipe has renounced his inheritance from his tainted father. He has also stripped his father of his annual $2.3 lakh allowance. But that is easily shrugged away when several million dollars lie waiting in Swiss banks.