Halloween came and went. So did Prime Minister Boris Johnson’s threat to leave the European Union on October 31, leaving the monster of Brexit uncertainty to continue haunting Britain. The next chapter is elections, the third in three years, the first to be held in December in a century. The month is avoided because voters are busy with festivities or ill with flu. The cold, dark, wet and windy weather excludes outdoor campaigns, while indoor spaces are booked with events. Worse, the December 12 poll outcome may fail to clarify the murky mess called Brexit. Political commentator Nick Cohen predicts Britain’s “economy, constitution, place in the international order and sense of who it is and what it can become will be battlefields in the next election”.

Opinion polls give Tory leader Johnson a strong lead over Labour’s Jeremy Corbyn, regarded as the most unpopular opposition leader in 45 years. If Johnson gets a clear majority, then Britain will leave the EU by January 31. But before Tories uncork the champagne, they should remember that opinion polls predicted an even bigger lead for Johnson’s predecessor Theresa May when she called elections in 2017. She lost her majority, returning with a weak government that failed to deliver Brexit.

Britain’s politics has traditionally been binary—Tories vs Labour. But now, there are two strong spoilers in the fray, the Brexit Party that wants a clear-cut Brexit and the Liberal Democrats that aim to cancel Brexit. Labour and Tory supporters are further splintered into pro- and anti-Brexit camps. Tories could wrest some Labour seats, but lose their traditional strongholds like London, university towns and southeast England that wish to remain in the EU. Johnson is popular, but critics see him as divisive and untrustworthy because of his flip-flops. 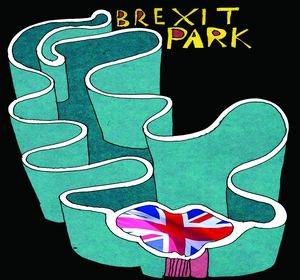 Experts worry that even democracy is now “unsafe” in Britain. Of the 650 MPs, 50 are not contesting primarily due to online and physical threats. Most are women. Voter manipulation is another worrying issue. Full Fact, a pro-democracy charity, warns “any election held today would be open to abuse”. Referring to people’s indifference to the lies shrouding Brexit, Oxford University professor Patrick McGuinness says, “That is why I am really pessimistic, as well as sad and angry.”

Should elections produce a hung parliament resulting in a coalition government, more uncertainty will prevail. Potential future scenarios include: January Brexit, soft spring Brexit, Brexit cancellation or a new referendum in mid-2020. To dodge being blamed for a no-deal Brexit, an exasperated EU will grant Brextensions. Giving a futuristic spin, writer Julian Popov mocked: “The year is 2192. The British prime minister visits Brussels to ask for an extension of the Brexit deadline. No one remembers where this tradition originated, but every year it attracts many tourists from all over the world.” It is equally bad if Brexit happens. A new book, examining the 15-20 years of tortured trade negotiations that then lie ahead, is titled Brexiternity.