Five generations of men in an extended Dutch family were violent. One attacked his mother, a brother raped his sister and another forced his two sisters to undress at gunpoint. One tried to run his boss down with his car for criticising his work as sub-standard. Two attempted arson when their parents died in a car crash. Research by geneticist Han Brunner revealed the men had a genetic defect. They lacked an enzyme that regulated mood, resulting in heightened emotions and reduced impulse control.

So, are criminals born and not made? Brunner published his findings a quarter of a century ago, but even today experts resist bringing biology into courtrooms to influence judicial outcomes. After all, genetics is still a work in progress. 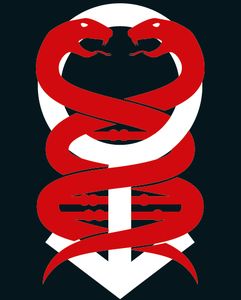 Anthony Blas Yepez hopes a retrial will reduce the 22-year jail term he received three years ago. He bludgeoned to death his girlfriend’s 75-year-old step-grandfather, George Ortiz. When Ortiz hit his girlfriend, Yepez, blinded by rage, pounced on him. On recovering his senses, Yepez claims he was sitting atop a bloody and dead Ortiz. The couple doused Ortiz with cooking oil, set fire to him and fled in his car.

Yepez now argues his sentence should be lessened because his ‘warrior gene’ predisposes him to act violently. As Brunner documented, the defective monoamine oxidase A (MAOA) gene causes impulsive aggression. Science must aid law, Yepez pleads. But, others say efforts to “medicalise crime” should be nipped. Opponents argue that instead of decreasing sentences, jail terms of convicts with MAOA should be increased to protect society as they are likely to be repeat offenders. New Mexico’s Supreme Court in the United States will review Yepez’s appeal.

The issue highlights not just the symbiosis of science and law, it also raises philosophical, even religious dilemmas about the concept of free will that underpins the inviolable American principle of freedom. Legal scholars mock headlines like ‘Pity the murderer, his genes made him do it’ as negating notions of free will and human agency-defining doctrines that make us human.

Many Indians have no problem embracing the contradictory ideology of free will and astrology. Devil’s advocates cheekily argue that molecular biology reaffirms astrology—genes, like the stars, reveal a person’s constitution, events, behaviour and predisposition to ailments.

For decades, blaming biology for aggression was unacceptable. The current thaw is slowed by caution. Genes and environmental factors contribute to criminal behaviour, but as Christopher Ferguson, a psychology professor at Florida’s Stetson University, says: “They obviously put pressure on us to behave in certain ways, but we still can tell right from wrong.”

Besides, complex human behaviour cannot be explained by one gene or incident. MAOA is a piece of the puzzle, but multiple genes and a web of environmental factors—such as trauma, indoctrination, learned behaviour and childhood abuse—play their role. Says Brunner, “The environment can aggravate or alleviate the effects of this gene defect.” The effects can be alleviated through diet, drugs, exercise, counselling, meaningful relationships and social activities.

Women are the carriers of the faulty gene, but it manifests in sons. Men commit 90 per cent of all murders. Not surprising when 30 per cent of men have MAOA. So, is that why men are more violent than women? Maybe. Maybe not. Swedish Vikings were notoriously ferocious. DNA tests on what was assumed to be a 1,000-year-old Swedish warlord in battle dress revealed a woman warrior. So, you do not need MAOA to punch and plunder, just as there are men with the warrior gene who do not maim and massacre.