She was the right person, at the right time, in the right place. After the Berlin Wall fell, chancellor Helmut Kohl, the father of German reunification, wanted to induct a suitable candidate from the former East Germany into his cabinet. Angela Merkel was just right: intelligent, hardworking, unobtrusive and a woman. He picked her. She never looked back. The evolution of “Kohl’s Girl” into “Germany’s Mummy” is a fascinating saga. But now the final chapter begins.

After electoral losses in two states, Merkel announced that she will quit as Christian Democratic Union (CDU) leader next month and bow out when her fourth term as chancellor ends in 2021. She could henceforth be a lame duck or even be ousted prematurely by an ambitious successor, the collapse of her ruling coalition or early elections. Merkel says her decision is “part of the plan”, but acknowledges that it is a risk. 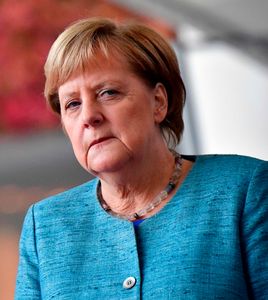 Though cautious, she has gambled before, and won. Merkel bravely demanded Kohl’s removal when he got embroiled in a slush fund scandal, and eventually succeeded him. She toppled powerful rivals. One such frustrated rival is Friedrich Merz, now a front runner to succeed her as party leader. After losing protracted battles with Merkel, he quit politics in 2009. Unlike Merkel, Merz is provocative and entertaining. Another contender is Merkel’s 38-year-old health minister and feisty critic, Jens Spahn, who proclaims, “Burqa is the opposite of an open society.” Both men will drag the CDU back to the right with stricter immigration policies, ending Merkel’s centrist, even leftist, drift.

Merkel’s preferred choice is Annegret Kramp-Karrenbauer, popularly called AKK, also nicknamed ‘Mini Merkel’. That is a disadvantage. Merkel’s stature has eroded since the Eurozone sovereign debt crisis. As European Union leader, she refused to waive debts. Greece, Italy, Spain, Portugal and Ireland reeled under austerity and recession. Enraged demonstrators burned effigies of Merkel with a Hitler-moustache. Within Germany, she was dubbed “car chancellor” for her proximity to the cheating, polluting auto lobby. Voters fled to the Green Party.

Merkel’s exit raises questions regarding the fate of the Eurozone’s monetary and institutional reforms. Merz warns, “Europe’s biggest challenge in the next few years will be holding the Eurozone together.” Though pro-reform, Merkel has been entangled in fractious local politics for the past year.

For two decades, she towered. But now Merkel-fatigue saps. Janis Emmanouilidis, head of the European Policy Centre, says, “She is the longest-serving head of government in Europe. People appreciate stability in Berlin. In times of uncertainty, stability is a great asset. But Europe without Angela Merkel is possible.”

It is also inevitable. Later than sooner, hopes Merkel, as she plays her last political gamble. But she also knows that change can unravel even the most carefully laid plans. Change accelerates. And an old mantra gives way to the new: she is the wrong person, at the wrong time, in the wrong place.