Is one of Donald Trump’s role models Viktor Orban, the right-wing prime minister of Hungary who has just been resoundingly re-elected for a third consecutive term? For the past few years, Orban’s sizzling politics boils down to “Make Hungary Great Again” and “Hungary First”. He is a pioneer in Europe, with his brew of nationalism, populism and personality cult spilling across the western hemisphere.

When a million refugees flooded Europe in 2015, Orban stridently defied German Chancellor Angela Merkel’s open door policy. Asserting his national sovereignty over her “moral imperialism”, Orban barbwired his border to stop the mostly Muslim refugees—perhaps inspiring Trump’s anti-Muslim and Mexican wall ideas. When he became president, Trump did not hesitate to snub “Old Europe”, the powerful founders of European Union like France and Germany that are not only engines of growth, but bastions of liberal values and open societies.

Tensions have been rising between “Old” and “New” Europe—countries like Poland, Romania, Slovakia and Hungary—that were absorbed into the EU after the collapse of the Soviet Union. To the EU’s dismay, these countries are turning illiberal, populist and xenophobic, their governments corrupt and authoritarian. Hungary’s crackdowns on critical media, independent judiciary and vocal civil society violate European norms. Critics say Orban’s landslide can be explained partly by changes in laws that hamper opposition parties.

But, Orban’s rising popularity is not in doubt. 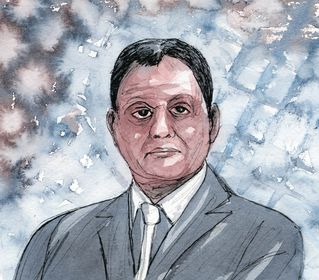 When the EU imposed austerity measures after the financial crisis, Orban introduced tax cuts. He railed against the “Muslimisation” of Europe. His demonisation of Muslims and tough measures against migrants flabbergasted the EU, but his stand is endorsed by most Hungarians who want their nation to remain Christian and white. The historic high voter turnout and the landslide underlines Orban’s real victory: he has won the war on immigration. Making his last election speech at his birthplace, Székesfehérvár, Orban told cheering crowds: “Immigration is the curse that slowly but surely devours our homeland, threatens our everyday security, our economic growth, our much needed resources to support families and pay pensions. With migration comes terror. And, it is clear as day—where there is mass migration, women are threatened with violent attacks.” Such views are shared not only by Trump, but by many European voters, fertilising the growth of far right parties. In response, even Merkel has toughened her stance on migrants, refining what were some of Orban’s policies such as strengthening borders and keeping refugees in their own countries.

Orban’s aggressive polices, fiery rhetoric and tough tactics have earned him a sobriquet—“Europe’s New Strongman”, to quote author Paul Lendvai. An “uncultured village boy” as he calls himself, Orban started as a lean, long-haired liberal, but over the years he metamorphosed into a stocky, short-haired nationalist proclaiming to restore Hungary’s past glory. In power, many of his actions are anti-democratic and un-European. In his village, Felcsút, he built a huge football stadium that can accommodate nearly 4,000 spectators. Local inhabitants number 1,700. European media accuses Orban of kleptocracy and misusing EU funds. The trio of the most powerful men in Hungary played football with him as teenagers.

Hungary’s economy is doing well, but the country faces challenging issues. Still, voters like Orban’s relatively poor to power, farm to fame story, the country bumpkin who studied law, even won a scholarship to Oxford to eventually challenge the aristocratic pro-European Hungarian elite. Orban is a pugilist politician, playing politics like a boxer. No compromises, only knock-out punches. He won. And, Trump—who habitually punches, but had to compromise on several issues because of the independent judiciary and media—has already begun to thump at the stumps for his re-election.