The race of my life, a mirror to life 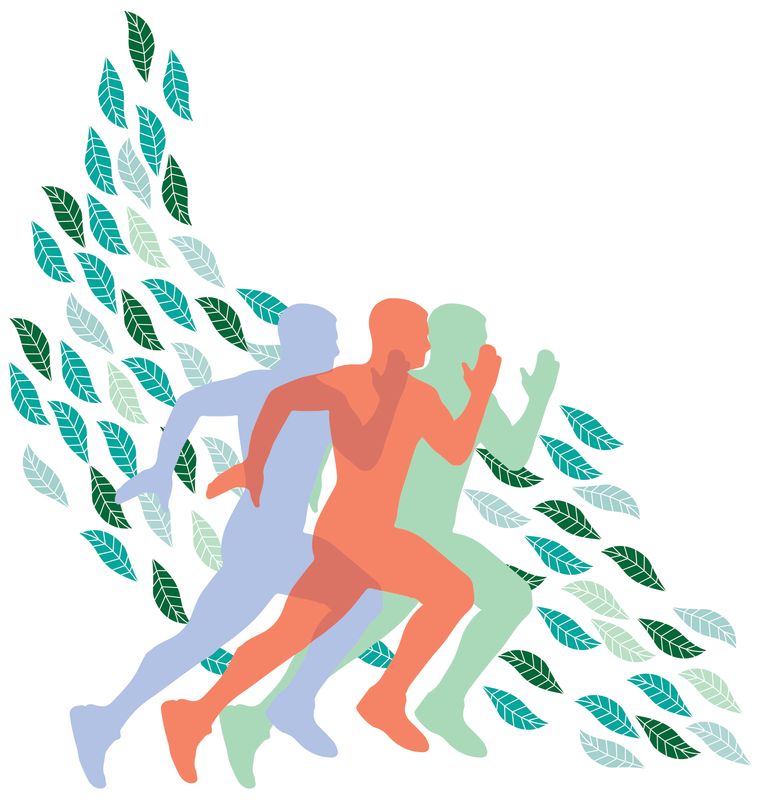 The Augusta Ironman 70.3 is the biggest middle-distance race in North America with over 3,000 athletes. The 70.3 stands for the distance to be covered in miles (113km). The breakdown is a 1.2-mile swim, a 56-mile bike ride and a 13.1-mile run, with an 8.5-hour cut-off. The swim is in the Savannah River, home to the American alligator and the infamous cottonmouth snake. The training for the middle and long distances is interesting. You train for each of the disciplines individually with a little mixing of two of them on a given day. For example, a long bike ride followed by a short run, or a swim followed by a run. The distances are ramped up over the training period, but you never really do all three disciplines together for the full distance, and somehow it all falls together on race day. The training helps you experiment with nutrition and, most important, different weather patterns and gears.

With me were two amazing athletes, Lisa and Steve. Lisa was an All American, which meant she was in the top ten per cent of athletes in her age group. We had all signed up for the full Ironman, which was to be six weeks later, so our training was more intense than the usual half Ironman training. We were doing two-mile swims, 90-mile rides and 16-mile runs. I must confess I was a little overconfident. The swim was a non-wetsuit swim, and the start was delayed as the athletes had to walk down a narrow ramp and then jump into the river. Lisa and I seeded ourselves at the 45-minute mark, while Steve went ahead. The next time I saw him was at the finish line. It was 9am by the time our turn came. It was already hot and I was already feeling dehydrated. Lisa and I walked the ramp, high-fived each other and jumped in. The water was cool and when I bobbed up, I saw we were separated, and suddenly I was surrounded by hundreds of thrashing arms and legs and like always, you feel alone in this melee.

All the swimming in pretty rough ocean conditions came of good use. The visibility of the water was not good, which was perfect. I really did not want to see what creatures we were swimming with. When I came out, I saw Lisa slightly ahead of me. I looked at my watch: 37 minutes, 26 seconds; a personal best. (Lisa 37.25 and Steve 35.50). Lisa took off to the bike and began putting distance between us. I settled down on the bike and looked at my heart rate and did a double take—165 beats per minute. I had overdone the swim again. It was hot, 90 plus degrees, and though I felt good, I slowed down to control my heart rate. The bike got progressively more brutal. The hills started and I began struggling more on the elevations. I kept track of my hydration. Salt intake and nutrition were all calculated out and I stayed on script. I could not control the heart rate though, and it stayed above 165 bpm the whole time. I saw ambulances pick up other riders. I knew that this high heart rate was not good for me and wondered what the inside of an ambulance would look like.

By mile 40 of the bike, it was not a race anymore, it was just about survival. It was not supposed to be so tough, I thought to myself. Somewhere far ahead, Steve and Lisa were killing the bike. When I finally got off the bike, my legs were wobbly and I felt nauseous. Bike time: 3 hours, 38 minutes. (Steve:2.44, Lisa:2.55). I saw the kids and my wife as I came out for the run. They looked at me anxiously before breaking out cheering. I did not look good, did not feel good, and it was brutally hot. I felt I might collapse, and I still had a half marathon to run. I stopped looking at my scary heart rate. The first mile was excruciating, but I seemed to settle down after that. I stopped at every aid station and poured water and ice over my head to cool down. The run was through downtown Augusta, and the route was packed with cheering people. A man, dressed as a devil with a pitchfork, jumped in front of me when I stopped to drink. “Not in my town Dinesh, no stopping here”, he drawled before lifting the pitchfork to mock-strike me. This can’t be real I thought, as I ran drenched and exhausted with a devil chasing me. A pretty lady smiled at me and lifted a sign that said “I like your stamina, call me.” There was no number. I kept running. The rest of the run was a blur. I took it mile by mile and suddenly I was at the finish, high-fiving the family and hearing my name being called out. Run time: 2 hours, 46 minutes. (Steve 1.54, Lisa 1.57). Steve and Lisa were waiting at the finish area. Lisa had finished 6th and Steve 21st, in their age groups. I found an area of shade and lay down. I felt half-dead. I had given everything and this was just half the distance to a full Ironman. The thought of doing that was unimaginable. I finally got up. They were handing out beer. I got one and made a few calls to the people who inspired me. I generally end up disappointing myself and this was not an exception.Ironman to me is a mirror to life. It is hard, it is real hard at times. Old demons resurface. The smell of failure lurks, and you want to throw in the towel when you hurt, but you do not. When it is all done it is a beautiful feeling, and like life, you realise that it went way too quick, and given a chance, you would love to sign up again.