Playing by the 'rules' 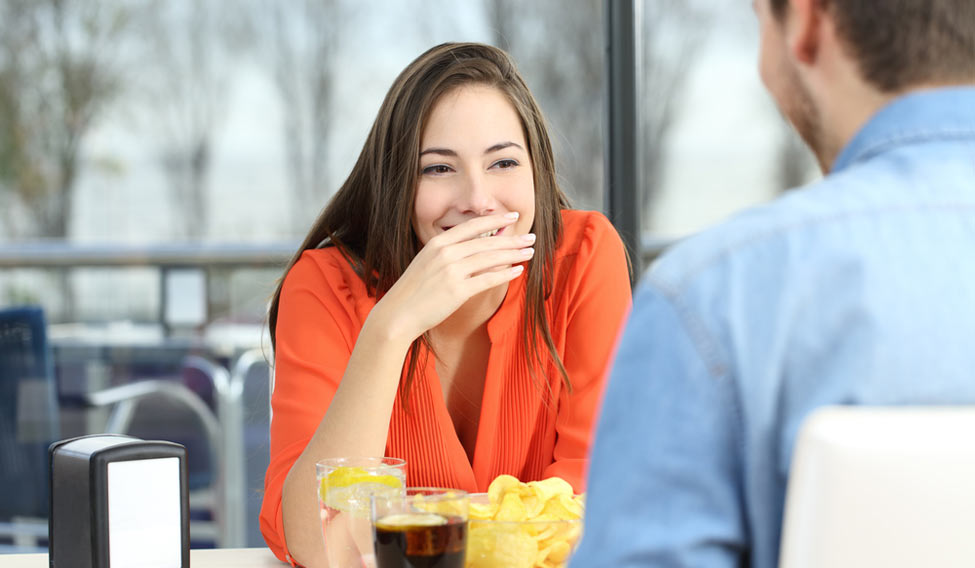 Here's a quote that may make your eyebrows raise a little bit: “Remember, if a man needs to pull away like a rubber band, when he returns he will be back with a lot more love. Then he can listen. This is the best time to initiate conversation.” Let's decode that: you're saying that I need to wait to discuss my frustrations with my relationship, until my partner is ready to discuss them (which might be never) instead of actually having an honest and open communication. You're also saying that if I do decide to talk about my feelings before my partner is done pulling away like a rubber band, it's basically my fault because I didn't time it well enough and so he's not able to listen.

This piece of history from the hugely popular 1990s self-help dating book Men Are From Mars, Women Are From Venus. I don't know if you remember the 90s well, but there was a whole surge of books dedicated to just this fact: men and women are different, so if you want to get your man, you need to follow these easy steps. Everything in those books was about treating the man like a magical woodland creature, a unicorn, say, who you couldn't scare away with any too fast movements. If he darted back into the woods, it was your fault, but if he came towards you and offered you a diamond ring (the ultimate prize) it was because you played by the rules.

Speaking of the rules, this was also the title of a self-help book. The Rules: Time Tested Secrets For Capturing the Heart of Mr Right was everywhere in 1995 when it was first published, and it seems to be going strong even today. From what I gathered, the book was very simply about “the rules” of dating: don't be too forward, don't be pushy, don't call him first and so on and so forth. Here are some choice excerpts I found online. My comments in square brackets.

“When men are in love, they give love objects even if they are on a tight budget. Flowers, jewelry, poetry, and weekend trips to the country are the kinds of gifts given by men in love.” [Well, if you're going to judge your relationship and how much he loves you by how many presents he gives you, I'd suggest you give him a copy of the book too, just so he knows it's what he buys, not what he says, that's being looked at here.]

“Your answers are short, light, and flirtatious. Your gestures are soft and feminine.” [If you burp, or have a loud argument, you've already lost.]

“Biologically, the man must pursue the woman. If you bring up sex all the time, you will emasculate him. Act as if you’re a Rules girl on a first date. Be coy. Flirt when he tries to kiss you or bite your neck. This will turn him into a tiger.” [I don't even have words for this part, except wow.]

I could go on and on quoting and mocking, but it's surprising to me that so many people took this as gospel a mere decade ago. The Rules were everywhere, from references in Sex And The City to magazine columns, and even to this day, people follow them a little. Where do you think “don't kiss until date three” came up, or “don't be the first person to call him”? Nowhere did any of these women following all these books so heartbreakingly earnestly ever ask themselves: hang on a minute, if I'm such a prize, like these books tell me I am, why am I the one who has to change her personality? (The Rules specifically tell you to be quiet and demure when on a date, and always appear carefree.) There's a great novel written around this time called The Girl's Guide To Hunting And Fishing where the protagonist follows a fictional version of The Rules and it ends with the man she's seeing wondering if she even likes him at all.

I decided to see if there were any 2016 versions of these 1990s dating self-help manuals. Obviously, they would all be on the internet so I typed in “how to get a man to marry you” which is basically what all of these books boil down to. I found a Wikihow page (with pictures!) laying down steps like “communicate” and “be natural” which was all great, and I was nodding along, until I came to “don't talk about marriage until either he brings it up or it's been about a year.” Cue the record scratch in my mind. Wait, what? In 2016, we're still going to ho-hum about this crucial decision because it's not in our control? The rest continue on their downward spiral: “don't be clingy,” “don't be uptight or negative,” “glow.” That's literally a step: glow. I think they have make-up for that.

The other article I read was called “How To Get A Man To Marry You Through Ten Easy Tricks”. Tricks, mind you, implying that you'll have to perform some sort of hocus pocus to make him want to commit. Is it any wonder that men continue to have the upper hand where matrimony is concerned? This one had gems like: “don't act like his mother” and “be a woman man simply cannot resist.”

I guess whether you're in the 1950s (The Good Wife's Guide And Advice for Young Brides), the 1990s or the mid-noughties, the advice is still the same: women, change yourself. Men, you get to choose.