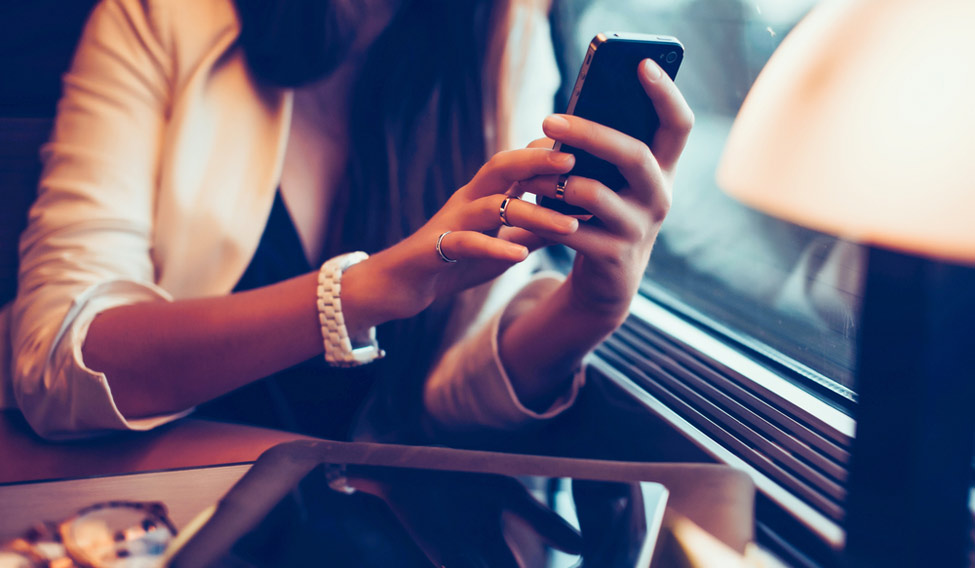 The first thing I do in the morning is a bad habit I'm trying to get over. I open my eyes, I roll over, reach out blearily for my phone and flick-flick-flick, within moments of being jolted out of dream world, I'm out in the public eye, in the middle of a crowd, learning what everyone is up to. Usually, nothing exciting has happened, nine times out of ten, nothing exciting has happened, but the tenth time, that's the time we live for, the time when one of your posts blows up, when one of your photos gets so many likes, you wonder what's happened, when one of your tweets has been shared across the globe. Can you imagine going for a party as soon as you wake up? No coffee, no brushing your teeth, your hair fanning Medusa-like around your face?

When did we start living our life just so we could curate it?

I recently read an article that talked about how, of all the social media apps out there, Instagram was the most likely to cause depression. Apparently, the young people polled for the study said that the photo-sharing app caused feelings of low self-esteem and negative body issues. I'm probably too old for that study—being able to remember a time before the internet officially puts you out of the running for “young people polled” but it is on days like today, when it seems everyone is on a holiday and have beautiful bodies, that I feel—not depressed—but like my life is somehow lacking.

Just a quick flick through my Instagram feed at the moment reveals the sort of life that we would all like to live. Since it's International Yoga Day, there are women in sports bras and tights bending over to do poses, their stomachs flat and unwrinkled. Beautifully plated food appears, mine never comes close to this sort of powdered sugar perfection. All my food photos, in fact, seem to break down the dish in front of me to the ugliest colours—brown and yellow, with no hints of what makes it tasty. Even the book posts are aspirational—against very white bedsheets, next to stem vases with a single rosebud.

I'm guilty of the same crimes. Why take the full scene in front of you when you can focus on the small and delicate? Why post the first picture you take of yourself when you can take several, and pick the best one? My phone even comes with a “beauty mode” for selfies: it makes my eyes bigger, and my skin flawless. I forget that it isn't me, and when I look in a mirror later, I'm often taken aback, aghast: is that what I look like?

But then, I'm in the habit of it, and then also, there's a small part of my brain which is judgemental and petty. This is the part that laughs at ugly babies, that feels a sense of schadenfreude when something unfortunate happens to someone else. It is the id, the part of my brain that determines sexuality and “I want” cravings, it demands instant gratification, it gets to choose what dreams I have. As an adult, my ego and super ego are supposed to be stronger than my id, I am, after all, a rational, empathic human being, but I'm afraid, so afraid, that all this Facebook-Twitter-Instagram stuff is making my id stronger and stronger, and soon the other parts of me will be subsumed entirely, leaving no place for rational thought, just “I want” and more “I want it now.”

I think we are doing each other a disservice when we post beautiful pictures. I mean, I get it, I really do, taking a good photo is part of the art of photography. I feel the same sense of achievement when I write a good sentence, but the selfies, the clothes, the curated life, it's harmful. I'll illustrate: take two friends—Shobha and Neha. Shobha is stylish, travels a lot for work and loves putting up photographs featuring herself in Greece, a glass of wine in her hand, the sunset behind her. Neha wants that life—who wouldn't—but is stuck in a job that ties her to the city and is seldom very social. Neha used to be happy with her life, but now all she sees is Shobha's world—Shobha's manicured fingers, Shobha looking thrilled as she globe-trots, and Neha is stuck with a feeling of dissatisfaction that soon turns to despair. What is the point of her life if it isn't like Shobha's? Neha is no longer happy or content where she is. You could argue that this is an age-old problem, that even before the internet there were Shobhas and Nehas, but then they would have seldom met, not having that much in common. With the internet, everyone is our best friend, and everyone seems to have a better life.

In the end, it seems the only solution is one many people I know are turning to. Deleting the apps, putting down their phones and going back to their ordinary-extraordinary lives.