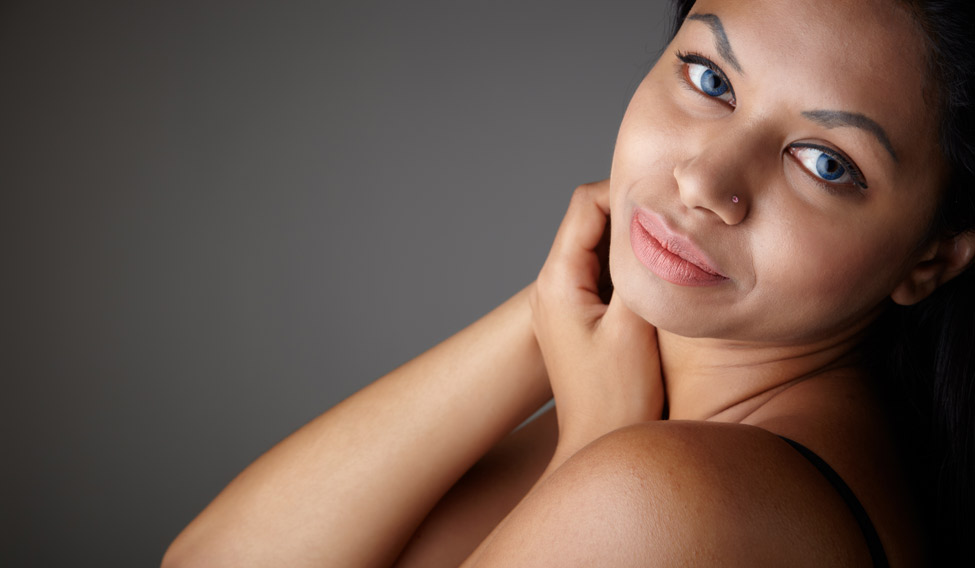 It may only be a female thing, this classification of other members of our gender into categories depending on their attractiveness. I have friends and acquaintances who are unequivocally attractive—some for their long coltish limbs and straight noses, others for the certain way their faces are moulded, with perfect points to their chin and high unwrinkled brows. Others aren't so easy to describe: this person is beautiful for her heavy-lidded eyes, that person for the way she wears her clothes, almost casually, like she shrugged them on and then, almost as an afterthought, painted her eyelids with deep dark kohl. Personally, I lean towards the gamine myself, I would take Keira Knightley or Emma Watson over Scarlett Johansson or Angelina Jolie. Of course, I adopt Audrey Hepburn as a style icon. I buy clothes that look like what she used to wear—high-necked Peter Pan collars with short hemlines or shift dresses with straight straps holding them up. And then I'm always terribly disappointed when I don't look the same.

I'm built—like many Indian women are—in the classical style. At Delhi's National Museum, I recognise my body in the sculpture section, naked apsaras with chains cutting into their rounded bellies look beatific despite their lack of clothes, they flaunt their full breasts and wide hips with insouciance almost. It was a mark of beauty to have a stomach that could be palmed like a melon, Indian clothes are still designed for that purpose—wedding lehengas meant to ride low on childbearing hips, sari blouses cut over voluptuous bosom. If you were curvy in ancient India, you were rich, and, therefore, attractive. If you were thin, you probably worked in the fields.

It is the women in particular who watch the changing trends of beauty over the years and try to keep up. Men are less concerned—for straight men, it is only a question of who they are attracted to, no going into the complicated questions of why. For most women, beauty is like a game they have to play, a puzzle they have to unlock. Why is so-and-so beautiful? Maybe because of her hair—and in Tudor times, the fair-haired were considered more attractive, so women dyed their hair with everything they had on hand, including urine. Maybe because of the clothes she wears, maybe because her breasts are bigger or smaller, maybe because of her flat stomach, maybe because of her height. And so, we add on or subtract, we totter about in high heels, everyone—even those most unsuited to it—wear the same fashions, whether they suit us or not.

Coming to that last point, I recently did a survey of my wardrobe and found all my clothes were long and drapy. On someone four inches taller than I, they would have looked statuesque, casual, light-hearted. On my five feet and some inches frame, I looked like I was hiding my body behind fabric. I was trying to dress like a tall woman, and wound up looking like a fat one.

For this, and all of recent fashion, we can blame the gamine (including the Goddess Audrey) and the androgynous. Models walk down a ramp, eyes half closed, mouths half open, their pelvic bones holding up the skirt they're showing off, their long limbs showing off a loose box-like dress as though it was the best fitting gown.

When Megan Trainor popped up on a link, I watched the whole thing fascinated. Trainor is not a fat-fat girl, but she's definitely larger than, say, Taylor Swift. Dancing around in poppy pastels, Trainor is wearing the kind of clothes Hepburn made chic, high collars, buttoned up cardigans and tight skirts. She sings, “Yeah, it's pretty clear, I ain't no size two, but I can shake it, shake it, like I'm supposed to do.” Trainor's song was like an anthem, coming right in the middle of body positivity messages that the media was throwing around, and around the same time that full-figured celebrities were refusing to dress like fat girls on Instagram. The year before, reality TV star Kim Kardashian “broke the internet” by posting a photograph of herself gazing backwards into a mirror. The whole photo is focussed on her rear—clad in a white one-piece swimsuit, the fabric barely covered her bottom, emphasising its roundness and drawing the eye downwards towards her naked wide thighs. Inspired, more and more accounts popped up on Instagram with the hashtag bodypositive, showing voluptuous women posing in an almost Rubenesque way, folds of skin showing under crop tops, flirty skirts placed high to reveal dimpled thighs.

Our personal ideas of beauty are still tied into complexes we may have acquired in childhood or through reading, or just by observing the people around us. When once fat used to mean rich and healthy, now it may mean just the opposite.

I read once that women take longer than men to develop abdominal muscles, because underneath the muscles they have a hollow for a womb.

I also read once that Pamela Anderson—once the sexiest woman we all knew—had a rib removed so her stomach could defy the laws of nature and curve inwards instead of out.

From the past, hollow-cheeked women gaze up at us from old fashion magazines, their eyes bruised and dark, looking like they haven't ever eaten a full meal in their lives, and in the present, women starve themselves to look the same way.

While Trainor's mother may have told to not worry about her size, mine told me it was what was on the inside that counted.

But, we all still want to be beautiful people.