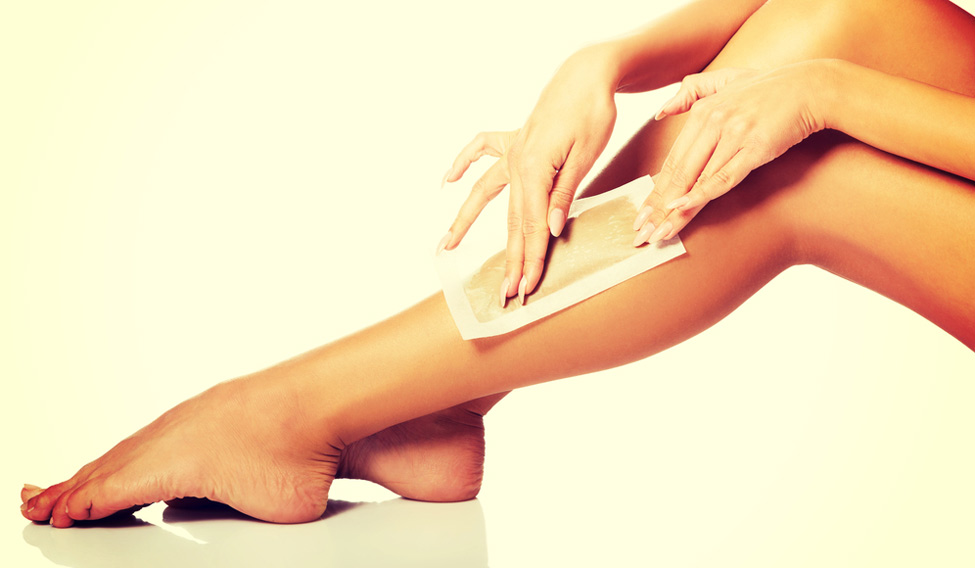 I examine my upper lip closely in the mirror. Normally, the down that coats it is pretty invisible, my skin blends it in, and I don't have that much hair on my face.

I examine my upper lip closely in the mirror. Normally, the down that coats it is pretty invisible, my skin blends it in, and I don't have that much hair on my face. But with summer—and a long stint in Goa—my face is browner, and the little hair at the corners of my lips are thrown into dark relief. Especially with the red lipstick I've recently taken to wearing everywhere.

I'm not that concerned with my body hair, to be honest. It's quite ironic, considering how much I used to beg and plead my mother to let me get waxed when I was thirteen. Huge battles were fought, usually ending with me exhausted, in tears, and her, inexorable. “You're too young,” she'd tell me, “There'll be many years ahead.” But telling a thirteen year old that there are several years of life left is about as useful as talking to a cat about politics. Both are concerned only with the here and now—in my case: all my friends are doing it! In the cat's case: where is my dinner?

I hate to admit this, even now, but my mother was right. Once I started the waxing, it was endless, like my period, it had to happen every month, it was a pain, the wax was too hot, the pain of pulling all the hair out from the roots was so pointlessly painful, you have to wonder if the whole thing was a conspiracy started by the Big Wax Company to hook women into thinking that body hair was as disgusting as, oh, period blood, and the evidence had to be gotten rid of before anyone noticed.

I used to wax my arms and my legs—like many South Asian women, I have an abundance of body hair. My arms are furry, my eyebrows were kindly described by a friend as “wisps of black clouds” which is a nice way of saying that they're not shaped like anything. For many years I even waxed my underarms which is more painful than the rest—once a beautician pulled so hard on it, hair and skin came up by the roots, leaving blood, but then a friend told me that waxing your underarms gave you cancer. I never checked the veracity of that statement because I was so relieved to have an excuse to drop it.

Other myths: it's cleaner to have a Brazilian wax (false: it can cause burns, ripped skin and increase your chances of infection), shaving makes your hair grow back coarser (also false, I know this because now I shave my legs when I absolutely have to and everything is the same).

When I was in Goa, getting that tan, I noticed a lot of my friends didn't even bother to get rid of their hair. Underarm hair was prolific, as were frankly hairy legs. So, for two months, I didn't either. (The only thing with underarm hair is that if you're going to let it grow out, deodorise often, because otherwise you smell a bit.) I had already given up on waxing or shaving my arms. “Who notices my arms?” I'd ask friends who ragged me about it. “My arms are not sexy, they're functional.” Which led me to think—is a hairy calf not sexy? What about bushy eyebrows? I know they're making a comeback.

Lots of my male friends object to women who let their body hair grow out. I wonder what they think now of my skinny hirsute wrists, and the patch behind my ankle I can never quite reach with the razor. I wonder why the idea of women being smooth, hairless from head to toe is so appealing—is it because we look more childlike and less threatening? Is it because the hint of a moustache on an otherwise feminine face brings up thoughts of men? Is it that easy to turn someone off because your body is doing what it does?

Back in Delhi, I still shave my underarms and run a razor across my legs when I can be bothered. It's almost second nature with me, but I wonder what would happen if I stopped, if I walked around like a Yeti or a cave-person, covered in hair. Not so much about what others think—because that doesn't bother me much—but whether it would affect the way I think about myself as a woman. It shouldn't. Maybe one day it won't. For now, I deck my hairy arms with bangles and treat myself to a manicure every now and then. I have capable looking arms, and they belong to me.